Regardless of what industry you’re looking at, there are plenty of people who have to deal with aggressive managers on a regular basis. In most cases, they can’t simply avoid these difficult individuals, especially if they have to work for them!

If you work for this sort of aggressive personality, you probably need answers and solutions to help you get through the day. Why does your boss do what he does? Why is he so difficult? Is there an effective way to work with someone who can never be wrong, refuses all input from others, and is hypersensitive to even the hint of criticism (while dishing out plenty of criticism of others)?

Fortunately, there are many ways of handling an aggressive manager that allow you to be successful in your role without creating unnecessary conflict.

Also Popular: What is Your Conflict Management Style

People at War and the Aggressive Manager

Dr. George Simon, author of Character Disturbance, In Sheep’s Clothing, and The Judas Syndrome, is a nationally recognized expert on manipulative, cunning, aggressive people. He says that aggressive personalities are “fundamentally at war with anything that stands in the way of their unrestrained pursuit of their desires.” And unlike the rest of us, aggressive people don’t shy from conflict. More than anything aggressive personalities want to win, at whatever cost. It’s why they seek the dominant position in all interpersonal interactions, no matter how minor.

There’s a common but unfortunate perception that bosses should be aggressive. Apparently, the idea is that things just can’t get done unless someone is clobbering someone else to do it. Aggressive people aren’t easily discouraged, are tenacious, and are motivated to meet their goals—or so the thinking goes.

In reality, however, aggressive managers are usually pretty lousy bosses. They have little regard for others’ rights and boundaries, aren’t concerned about people’s needs, and make decisions based on their own agendas, not what’s best for employees, their teams, or the company.

Characteristics of the Aggressive Manager

If you work for an aggressive boss, you may be confused, frustrated, angry, and anxious. Aggressive managers have that effect. Let’s take a closer look at some defining characteristics of these people.

They have a ridiculously high regard for themselves.

According to Dr. Simon, narcissism is a common trait in developing individuals (particularly adolescents). He writes:

“But most of us eventually grow to develop a healthier balance of perspective with respect to our regard for ourselves versus our regard for and need of others. When a person enters adulthood retaining the narcissistic tendencies they had as a child, there’s bound to be lots of trouble in their relationships.”

And if that’s not bad enough, destructive narcissists (that is, those whose narcissism is pathologic) don’t just view themselves as superior, they view everyone else as worthless, expendable, and justifiably exploitable. Such individuals have no qualms about using lies, manipulation, intimidation, flattery, or anything else to get what they want.

They have a disregard for authority.

Aggressive managers have a disdain for authority and rules, at least when it’s not coming from them. By contrast, they typically expect other people to respect their authority without question. The rules don’t apply to them, but woe to anyone else who dares to question their judgment or demands. This lack of respect for authority also manifests as a lack of accountability. They’re more likely to blame others when things go wrong and make excuses for their behavior.

They ruthlessly pursue their own interests and agendas.

An aggressive manager will always do what’s best for them. Always. Even when appearing to submit to someone else’s wishes or demands, the aggressive personality is employing a strategy to get what they want. Unfortunately, this means stepping over (or on) anyone who gets in their way.

They don’t care about the truth.

Truth and fact are “bendable” according to the aggressive personality’s desires. One day your boss gives X instruction for doing Y, but when you do X, and the result (through no fault of yours) is unsatisfactory, the boss denies giving that instruction. They may even feign outrage that you would “accuse” them of such a thing.

They don’t know when to back off.

Ironically, aggressive people will own this trait as a virtue and brag about their tenacity. However, this lack of “internal brakes,” as Dr. Simon puts it, is not a positive quality. In extreme cases, this trait can lead to ethical and legal breaches.

They can be very childish.

At times, dealing with an aggressive manager feels like dealing with a child, and that’s because aggressive personalities often exhibit childlike qualities. In the pursuit of their desires, they’re immune to reason, logic, and common sense—just like a willful six-year-old.

8 Tips for Handling the Aggressive Manager

An aggressive boss can make coming to work unpleasant and even cause psychological and emotional harm over time. How can you protect yourself? Here are a few suggestions:

Read everything you can get your hands on about aggressive personalities. You can’t approach someone with a character disturbance or personality disorder as you would a normal person. It doesn’t work, and you’ll be forever perplexed and frustrated. So read, learn, and act accordingly.

Doing your job well isn’t an absolute defense. Aggressive personalities make it hard for you to do a good job because they routinely ruin relationships, withhold information, micromanage, and provide conflicting instructions. That said, doing the best job possible will help insulate you from credible accusations of poor performance, provide a sense of self-worth (very important when working with someone who loves to tear others down), and give the aggressive manager a good reason to leave you be.

It’s important to establish firm boundaries based on your values and sense of self-worth. As long as those values are in line with the company’s mission, there shouldn’t be any conflict between your personal ethics and the expectations of your job. Draw those lines in the sand and don’t let aggressive leaders compel you to cross them. If you do, you’ll hate yourself for it, and you won’t win any favors with the aggressive manager either, who’ll simply use you until they tire of you.

Taking notes is particularly important when your boss’ conduct crosses the line from merely unpleasant to unethical or potentially illegal. Keep a daily log if you must; a pad and pencil within arm’s reach at all times is a necessity.

If your aggressive manager has been around for a while, most likely your company has gotten complaints and ignored them. There are plenty of organizations that are willing to justify unacceptable behavior because they think the person in question is too valuable to lose (they’re almost always wrong about that, but that’s another story). Even so, your company can’t stop you from pursuing your rights. Go ahead and put your complaint on the record following whatever process is in place and don’t hesitate to go outside the organization for help if needed.

Standing up to an aggressive manager has a cost, and you may find yourself marginalized or even out of a job. But understand that some things can’t be helped. If your organization tolerates abusers and your boss is one, you’re going to feel the effects no matter what. So decide what you’ll accept and won’t accept and don’t look back.

7. Know that your aggressive manager isn’t as smart as they think.

Aggressive personalities, especially narcissistic ones, think they’re smart and everyone else is dumb. Take advantage of that fact. Eventually, your boss will make a mistake, and you’ll be there to document it.

If you’re an employer hoping to ban these unsavory characters from your workplace, that’s a good and healthy instinct. Unfortunately, however, we’ve all been trained to believe that confident, even brash, individuals who are loud and smooth-talking make for the best employees. So, if you don’t want your workplace ensnared by an aggressive employee, you’ll need to pay special attention during the interview phase and set your biases aside. Ask tough behavioral questions designed to elicit how the candidate handles conflict on the job, and listen carefully to the answers.

If you have an aggressive manager (especially one with a character disturbance or a personality disorder) you already know the damage he or she can inflict on organizations and the people within them.

However, there are ways you can protect yourself, so do it. Today.

Also Popular: When Employees Lose Respect For Their Managers 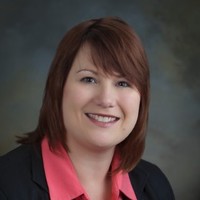 Key Relationship Manager at The Omnia Group, an employee assessment and management consulting firm. Kim partners with her clients to select top talent, manage more effectively and build high-performance teams using behavioral assessment tools/concepts. Kim combines over 25 years of real-world experience in human resource management and business development with her degree in organizational leadership to provide guidance and training on leadership development, conflict resolution, and employee engagement. She is a sought-after speaker in a wide range of industries, including insurance, financial services, automotive, staffing, and healthcare. For more information, email info@omniagroup.com or call 800.525.7117.

Ten Ways to Manage a Team of Introverts

Ten Ways to Manage a Team of Introverts