What is Your Conflict Management Style

Let’s be honest. No one likes conflict management. You’ve got enough on your plate without having to referee what sometimes may seem like playground disagreements among first-graders in the workplace.

However, conflict management is always listed as one of the top skills or traits required of leaders. In fact, a Stanford University/Miles Group study revealed that 43 percent of CEOs ranked conflict management as the primary skillset they wanted to develop most. So whether you are a CEO or a department manager, don’t ever forget that it’s your job to maintain law and order—which means you need to resolve conflicts as quickly and with as little bloodshed as possible.

Of course, it’s important to remember that conflict itself is not inherently negative. The real impacts on an organization have less to do with the nature of the conflict and more with how it is managed and resolved.

To resolve conflict effectively, you first need to understand the many causes of conflict, which are as different as the people they involve. Most of the time, however, conflict boils down to disagreements over several issues:

Interpersonal dynamics between employees and teams can also cause conflict. Some causes of interpersonal conflict found in the workplace include:

Left untreated, conflict can have several negative effects, such as:

This style may be used when one party may be an expert or has a better solution. However, when you choose to accommodate one party, it means that the other party’s desired outcomes will not be factored into the solution, and they’re not going to be happy campers.

This style is best used when the issue is trivial, or there is no chance that there will be a resolution. It is also used when the issue would involve opening a can of worms or is a highly emotional issue that may cause more harm than good to address. While the issue may resolve itself, there’s also a probability that it won’t.

This is a win-lose approach in which you make a decision that may anger one or both parties. It is best used in emergencies or other settings in which a quick decision is needed, and the majority of people will support the decision.

This is actually a lose-lose situation in which neither side wins, and both sides have to make concessions. It is best used when there needs to be a temporary solution, or when both sides have equally important goals. However, compromise is often the easy way out.

This involves bringing both parties together to seek a win-win solution. Collaborating will require a high level of trust. It may also require a considerable amount of time to hear everyone’s side and work together to reach a consensus.

Perhaps the hardest part of collaboration is getting both parties to actually listen to one another. Most people are so absorbed with what they want to say that they usually don’t really hear the other person. However, one party's ability to hear, understand, and empathize will be crucial in the collaboration process.

There are several easy-to-remember conflict resolution steps to keep in mind when managing conflict in ways that produce positive outcomes.

1. Don’t Run Away From Conflict

In almost every situation, leaving conflict unresolved will eventually make things worse. Taking a proactive approach to disagreements before the conflict has a chance to escalate makes it easier to deal with the root problems at hand and bring about a swift and reasonably fair solution.

Not everyone gets what they want during a conflict, but that doesn’t necessarily mean that the process is a zero-sum situation. Simply allowing people to be heard and valued often makes it easier for them to accept resolutions they might not otherwise be happy about.

3. Involve People in the Solution

When everyone affected by a particular conflict is allowed to play a role in the solution, people are much more likely to find the outcomes agreeable. This prevents anyone from feeling as if decisions are being imposed upon them without their input.

4. Keep the Focus on the Problem at Hand

Conflicts have a way of escalating quickly to include things that aren’t actually associated with the core problem itself. Disagreements can become personal or expand to include unrelated issues. Staying focused on resolving the specific situation and thinking about moving forward will lead to more positive (and productive) solutions.

Conflict resolution isn’t easy, but it is essential to the success of the organization in most cases. While accommodating, avoiding, competing, and compromising conflict management styles may bring temporary peace, collaboration is usually the best long-term solution. 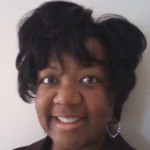 Want to Know What’s New in Employee Engagement and Motivation? 5 Trends You Need to Pay Attention to in 2023

What’s New in Leadership and Management in 2023? Here are 5 Things You Need to Know

Want to be a Better Coach and Mentor? Here are 5 Tips You Need to Know

Want to Know What’s New in Employee Engagement and Motivation? 5 Trends You Need to Pay Attention to in 2023

What’s New in Leadership and Management in 2023? Here are 5 Things You Need to Know

New Year, New Solutions to Hiring and Onboarding: 5 Trends to Watch in 2023

Want to be a Better Coach and Mentor? Here are 5 Tips You Need to Know