Micromanaging Your Employees - Why it's Bad and How to Stop

Knowing how much supervision to give an employee can be difficult. If you provide too little oversight and guidance, people could end up feeling lost, unsupported, and unproductive. On the other hand, if you provide too MUCH direction, you could end up micromanaging your team, which often makes people resentful and resistant.

The Effects of Micromanaging on Employees

Anyone who has been micromanaged knows it is no fun, but it can affect different people. Some employees will do anything possible to earn the trust they feel like they are being denied. While this might seem beneficial initially, it can have damaging long-term effects because they usually burn out when that trust never comes.

Others will become dependent on micromanagement and won't dare make a move without approval. They show no initiative for fear of being reprimanded, which leaves them ill-equipped to handle change and adapt to disruption. These employees don’t tend to grow over time because they have no incentive to improve their skills or demonstrate their expertise.

Another category of employees reacts quite negatively to signs of micromanagement. They resist, argue, push back, and generally make a show of being unpleasant at every opportunity. While being micromanaged can be an incredibly unpleasant experience, these employees often become so wrapped up in showing their displeasure that their performance suffers as a result. The very act of trying to make them productive then ends up doing exactly the opposite.

Why Do Leaders Micromanage?

In most cases, micromanagers are driven by a need to control situations and fear being accountable for other people's work, usually because they think that work will be of poor quality. Some other explanations for micromanaging might include:

The Problems with Micromanaging

If the point is ensuring success for the company, what's the problem with micromanaging?  Why stop? There are actually several reasons why micromanaging can be damaging to an organization over time:

Why Micromanaging Your Employees is Never a Good Thing

A predictable response from a micromanager might be that they’re concerned about an employee making mistakes. While this may seem justifiable, it’s important to remember that making mistakes is one of the most effective ways for an employee to learn. Working through failure also helps to build resilience, which is incredibly important in today’s fast-changing economy. Combined with development assessments that identify which skills an employee needs to work on, making mistakes is critical to professional growth.

But what if they make a LOT of mistakes? Believe it or not, that’s actually not a bad thing either. If an employee consistently fails to meet expectations, it’s a good indication that they need to be reassigned to another role or dismissed altogether. Too much micromanaging often allows subpar performers to skate unnoticed by the rest of the company, which hides the team's deficiencies.

There are many instances where managers may need to play a more active role in an employee’s work, but that doesn’t necessarily mean they’re micromanaging. Some examples of this could include:

How to Stop Micromanaging

It all goes back to trust. You trusted an employee enough to hire them. If you also trust that your training is good and that your instructions are clear, there’s no reason why you shouldn’t also be able to trust that employee to be accountable. This is especially true of organizations that have used various cognitive and behavioral employee assessments throughout the hiring process to ensure they’re making the best selections possible.

It can be scary to step back and let other people try, and possibly fail, so start gradually. Identify the least important processes, delegate, assign them, and walk away. Compare people's skills to the risks of the assignment. An unskilled employee completing a high-risk task should be closely managed. Better yet, a project of such importance should probably be reassigned to a more seasoned staff member in the first place.

Understanding how to recognize and avoid micromanaging your employees is critically important for all leaders. Even when the micromanager seems to have the employee’s best interests at heart, there are very few situations where micromanaging your employees doesn’t lead to negative outcomes of some kind. Organizations can only be successful when everyone can embrace trust and accountability, which ensures that employees can focus on doing their own jobs to the best of their ability without unnecessary oversight or support. 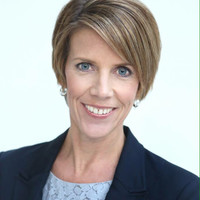 Chief Revenue Officer at The Omnia Group, a leader in helping organizations improve and optimize their talent selection, development and company culture. Keather is a results-oriented leader with a track record of guiding organizations in cultivating the employee experience, engaging clients and executing sales plans to exceed business targets. Prior to joining Omnia, Keather was with Bersin by Deloitte leading their worldwide sales and client success team. There, she was a prominent speaker and workshop facilitator presenting on the “Future of Work” and Deloitte’s Human Capital Trends research. She continues to speak at conferences, universities and client events globally. Keather is also hugely passionate about developing our future generation of employees and dedicates personal time to mentoring school age and early career professionals. For more information, email info@omniagroup.com or call 800.525.7117.

Keeping Spirits Bright when Times are Tough – How are you doing?

Getting to the Point with Goal Setting