When Opportunity Knocks...Have an Open Enough Mind to Answer the Door 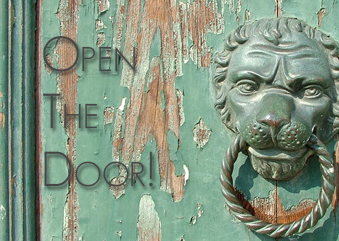 “There exist limitless opportunities in every industry. Where there is an open mind, there will always be a frontier.”

Some people have the ability to face the world with an open mind. But for the rest of us, it’s difficult to question the beliefs and ideas that we’ve grown up with and are comfortable with. Our belief system has been with us forever and it’s hard to let go. However, unless we’re willing to do this, we’re restricting ourselves from learning and experiencing new things. If you’re dissatisfied with your career, or are having difficulties tackling the job and solving problems, or you’re not reaching your goals, then perhaps there are other possible approaches to research.

I once heard a motivational speaker recount an incident from his earlier days as a high school football coach. This event opened his eyes to new opportunities and taught him a powerful lesson. His team was struggling on the field. Their plays weren’t working and he was having difficulty coming up with new ideas. He was getting desperate for something to spring his team into action…but was he really doing everything he could?

One day, one of the mediocre players (in his mind) sheepishly suggested they throw the ball to him. He stated he was always open. The coach immediately said no to this idea, it wouldn’t work and besides, this player was not “always open”. But something inside of him encouraged him to look at the film from the last game and sure enough, the guy was wide open. So he looked at another film, and another and another. To his amazement, this player was in fact always open. Because in his mind, the coach had branded this player as a non-star and just knew he wasn’t consistently open, he over looked the possibility at using him for big plays. He was dumbfounded and couldn’t believe that he’d been so closed-minded. Once he saw the player in this new light, the coach started using him as a receiver and the team moved ahead. Suddenly the coach had a whole new set of plays and took them to the championship.

This event made the speaker stop and ask himself about what else he had closed his mind to because of his own preconceived notions. He began to look not only on the football field, but in other parts of his life as well.

Opening your mind can bring new opportunities to light… but it takes practice and isn’t always easy.

Here are 10 things you can do to start opening up your mind:

1) Try to surround yourself with people who don’t always think or believe the same way you do.

2) Strive to understand why someone says or does things the way they do by learning about their belief systems.

3) Put yourself in their shoes and endeavor to understand what it is in their life that makes them think that way; determine where they’re coming from.

4) Start branching out by reading books, viewing movies and TV shows, and listening to radio stations that are new to you; get out of your comfort zone.

5) If possible, travel to other parts of the state, country, or the world and study the people and their opinions.

6) When problem solving, listen to others’ points of view and genuinely try to evaluate ideas without your own prejudices.

7) Ask questions about others’ positions and determine if it’s something you could relate to in some fashion.

8) Develop self-awareness and accept the fact that you might be wrong.

9) Admit that you don’t know everything and that there may be some unknown details that could possibly change your mind.

10) Do your best to base decisions on facts and not emotions.

Once you practice these items, look for other ways to open your mind and get out of your rut. What things might you have become blind to because you’re not observing or listening to your surroundings?

I used to have that pinned on my office wall. What he is saying is exactly what the coach experienced. Until you’re willing to approach life with an open mind, you have no idea how many opportunities you may be shutting down before you even give them a chance. One of them may lead to new beginnings. 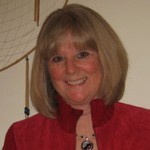 Christine Butler is a freelance writer who specializes in web content, copywriting, blogs, video scripts, and other online forms of communication. Prior to following her dream of living the writer's life, she worked for 27 years in the telecommunications industry and experienced all aspects of the corporate world. She enjoys working with people, is an avid RVer and loves to travel.