Employee satisfaction surveys have become a popular way for upper management to receive valuable company feedback from staff. They often seem like a great idea, but bad timing and execution can make them irritating for the taker and useless for the giver. For example, a few years back, I worked for a company that had grown dramatically and suddenly. As a result, there were the usual growing pains: people overworked, inadequate staffing, trouble maintaining training, new middle management. Everyone from the bottom up was super-stressed. During that time, I (along with all my coworkers) received a link for an employee survey. “Great idea!!” I thought, then filed the email away to be immediately forgotten.

A couple of weeks later I got a follow-up reminder email stressing to me the importance of completing the survey and promising my anonymity. “Wow!” said I, “They are really serious about this.” So I completed the survey. It took about 25 (precious) minutes, and I answered it as carefully, honestly and fairly as I could. I considered each question, erring more toward the positive than the negative, because let’s face it, I had no real way of knowing how anonymous the thing really was, and I had bills to pay. Most of the questions asked for a rating of 1-5, but there were some optional free-writing ones. Figuring that would be a great place to make some real, applicable suggestions, I went to town on those sections. Clicking send, and feeling satisfied, I sat back and imagined the much-needed changes that were to come.

I never heard another word. No changes were made, no results were published or released, and things continued to slip into chaos in the department. Exactly one year after the first survey was sent out, I received another one. The SAME one.

What did that tell me?

My company had apparently subscribed to some kind of annual HR survey service. The service included automated prompts for people who had not responded. As far as I knew, the survey results were sent directly to some upper-management spam folder. This time, I clicked on the link immediately, selected “3” for everything, left all the free-form questions blank and clicked send so I could quickly return to the work that was piling up on my desk.

I suspect my experience might be a little extreme, but it does beg the question, “Are employee surveys really beneficial?”  Like any tool, they can be if they are used properly.

A few benefits of surveys:

If not surveys, what?

Exit interviews: When you want honesty, talk to someone on the way out. They might still be diplomatic to keep from burning bridges, but they don’t have as much to lose as a current employee, so you are way more likely to get the real dirt.

Follow the trouble: Before considering a survey to find the source of a morale or productivity problem, look for warning signs like increased absenteeism or turnover in one area, or new or worsening HR complaints.

Talking: If you are trying to figure out what makes people tick, what their concerns are or what they need to be more productive, you might try talking to them. It’s unconventional in this technological age, but it just might work!

How can you inspire, reassure or energize your employees? 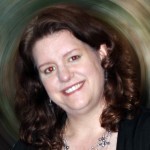