5 Ways to Tell If Your Work Environment is Truly “Hostile”

What is a hostile work environment?

We may think that we know it when we see it, but that’s not factually correct. A mean boss, gossipy coworkers with bad breath, and the absence of benefits and perks are all unpleasant facts of work life. However, in themselves these factors do not prove the case. This is because to be legally hostile, there must be discrimination.

What are the criteria for determining a hostile work environment?

A hostile work environment is a workplace so hostile that the worker fears going to work. Specifically:

Note: There must be discrimination only against the protected characteristic. If the manager (or other individual) was hostile regardless of sex, race, etc., then it’s quite legal. Really!

What to do if you have experienced a hostile work environment

If you are subject to a hostile work environment, the first step is to ask the offending employee to cease the bothersome behavior if possible. If you pursue a harassment complaint, your employer is required to investigate it promptly and impartially. The alleged harasser should not have control over this investigation. If you and the alleged harasser need to be physically separate during the investigation, this separation should not burden you as the person who made the complaint.

Note: A lawsuit on the grounds of a hostile work environment will not be successful if the employer had not been informed of the situation and given the opportunity to resolve it.

If the employer is otherwise liable, it can prove that it reasonably tried to prevent as well as to correct the hostile behavior. The employer must also prove that the employee failed to pursue preventive and corrective opportunities offered by the employer.

For further information and legal advice, contact the EEOC's web site at http://www.eeoc.gov or an employment attorney. 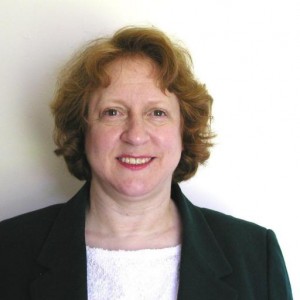 I have freelanced and consulted since 1992 while also holding full-time corporate marketing positions during some of that period. Freelance writer specializing in the insurance industry. Marketing communications, market research reports and competitive intelligence for insurance, asset management and general business.