Women may still be hitting that glass ceiling of equal pay, leadership opportunities, and a host of other categories. Still, they’re rising above in at least one major area that has the potential to be a game-changer: effective leadership and communication.

While many female leaders are encouraged to adopt a masculine leadership approach – which can often be viewed as a cocky and domineering style - the research supports the theory that a nurturing and open leadership technique is more effective among employees and more popular.

On the fifth trait, handling controversial issues calmly and confidently, male and female leaders are tied.

Respondents also state that personal presence and engagement were important across all communication channels, especially in traditional channels such as TV interviews and in-person speeches.

These findings are significant because the ranks of leadership are still overwhelmingly male, but the domineering, arrogant, command-and-control style often used by male leaders doesn't appear to be working.

In perhaps the most telling statistic, 74 percent of the respondents rank trustworthiness as the top leadership trait. They rank this trait even higher than quality or customer service. But if trustworthiness is so important, and there are such large percentage gaps between expectation and delivery regarding leadership credibility, companies may want to rethink their traditional leadership styles.

For one reason, poor leadership can have negative economic implications. In other words, it can cause companies to lose consumers. For example, the survey reveals:

Ketchum’s director of Global Corporate and Public Affairs Practice, Rod Cartwright, notes that the study results don’t mean that men are no longer fit for leadership and that companies should only place women in these positions. However, he says that the study provides important lessons for leaders of both genders.

Senior partner and North American CEO Barri Rafferty agrees and adds, “Our study clearly shows that to inspire trust, leaders of both genders need to avoid a 'macho,' command-and-control approach to leadership communication, which tends to be one-way, domineering and even arrogant.”

Rafferty says that the results signal the birth of a new leadership communication model, including transparency, collaboration, genuine dialogue, clear values, and the alignment of words and deeds. He notes that female leaders follow this approach far more than their male counterparts.

He concludes, “This research finally puts to rest the flawed assumption that women need to act like old school male leaders to make their mark." 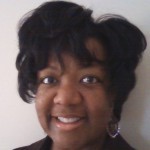 Keeping Spirits Bright when Times are Tough – How are you doing?

Getting to the Point with Goal Setting